Walnut Creek Post 115 was initially organized under charter on November 6, 1919. The Charter was signed by Henry Lindsley, Chairman of the National Executive Committe and David Barrons the California State Chairman.There were 33 Charter members. A 40 & 8 Chapter (Voiture and Cabanne # 573) was established on June 21, 1923. The Post was given its official designation on May 7, 1924 and signed by the Department Commander James Collins and National Commander John R. Durin..

The decision was made in late 2007 to dissolve Post 115 and return its Charter to National Headquarters. The administrative process of merging Post 115 into Lafayette Post 517 was completed in mid-2008. However, Post 115 members began meeting with Post 517 immediately upon initiation of the merger that was lead by Jim Hart and Al Seguin, the last Commander and Adjutant of Post 115.

Lafayette Post 517 of the American Legion Department of California was chartered in 1933 and incorporated in 1938. For many decades the Post met in an historic building in Lafayette that was constructed by the WPA but became seismically unsafe following the Loma Prieta Earthquake of 1989. In May of 2005, the Post moved into a beautiful modern Veterans Memorial Building that it shares with VFW Post 8063.

The Post meets the first Wednesday of every month except July at the Veterans Memorial Building in Lafayette, CA. The meeting is followed by a catered dinner that typically includes an engaging speaker whose topic might range from current events to Veterans concerns.  Wives and companions are always welcome. 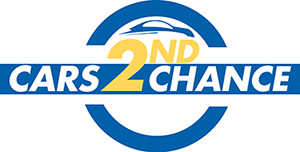